From Midwife To Mother: A View From The Other Side

This beautiful story is from a beautiful midwife. You might think that when midwives are on the other side of maternity care we sail through it with ease but that’s simply not the case. We find it just as impersonal, just as frustrating and just as nonsensical as any other mother. Thank you so much to this midwife for sharing her journey with us.

“I am currently sitting on the ‘other side’ of maternity care, at 30ish weeks pregnant. It feels weird and disconnected, and makes me realise how lucky I was to work in the way that I did when I was a midwife.

I left school and headed straight to uni to study midwifery. A nurse and midwife had come into school to talk about their jobs, which left me knowing in my bones that midwifery was for me. The midwife spoke about ‘the lookback moment’ just after birth, when the midwife is walking out of the birth room, with a pile of notes and bodily fluids in weird places, and looks back on the new family. All cooing over this pink squishy thing as if time has stopped still, admiring the newest person in their lives. She spoke about the swell of pride and love in that moment and I knew then, that that was what I wanted too.

I hated my midwifery training. Uni was fine, but filled with anatomy and physiology with just a sprinkling of the social and psychological impact on the mother, which were my favourite topics. I would come away from placements feeling dejected and ashamed, watching births happen in a way that I knew would influence this woman and family negatively. Bullying and belittling comments were the norm, especially behind women’s backs. A woman who had suffered a stillbirth walked back onto the unit one day, after going outside. Her history was complex, with lots of social issues, as well as medical things going on. She had obviously just used lots of alcohol hand gel on her way back in, and a comment around the lines of ‘She really should stop drinking, which is obviously what has killed her baby’ was muttered around the midwife station.

The newest band 5 midwives were the best, and I loved working when a few of them were on. They looked terrified, but so optimistic and would always be the ones walking around with a pinard, sonicaid or birth ball, and generally had the ‘loudest’ women. More experienced midwives laughed at them, to their face and when they had gone into their rooms, saying that they would soon learn, and ‘just get her an epidural now’. I really felt for them, as that is who I wanted to be, but also wondered how long they would last on a unit like that one.

On qualifying, I got my dream job. I wasn’t sure if I was going to stay in the NHS, as I imagined all trusts to be similar and couldn’t imagine the daily struggle. I had managed to keep my head down and work hard as a student, being as kind as I could in such a toxic work environment. Thankfully, I was able to caseload, which meant knowing my women from booking and usually being there for them at the birth and postnatally. It was that relationship I really craved to feel like I could give the best and most supportive care possible.

I loved my caseload job, mostly! It was hard, and the jump from 3rd year student to full caseload midwife was huge, but I wouldn’t have changed it for anything. I don’t think I would have coped in a daily ward environment as a brand new midwife. I loved my women and had such lovely relationships with most of them, which I really think helped them to have the confidence in themselves as new mothers.

But even within a supportive team, I usually felt a shadow lurking behind me of doubt and litigation. Was I doing the right thing? The answer was usually yes, and no. I was doing the right thing by the guidelines, but not really the right thing for the woman. When discussing options and choices with women, I heard myself saying – ‘The hospital guidelines recommend xyz because of xyz.’ The unfinished parts in my head usually carried on with ‘Although the current evidence is sketchy, but it’s the best we’ve got! And have you thought about your alternative options?’. For me to bring up the fact women had other options, always felt like the right choice for the mother, but wrong for my notes, the trust and potential litigation. The way midwives were questioned as to why women had made an unusual decision (to decline induction, or a growth scan for example), was full of blame and suspicion. I never felt like I got the balance right.

It was this, mixed with tiredness of 3-4 on calls each week, and only seeing about half of ‘my’ babies born, that I decided to leave midwifery. I realised that I had the best midwifery job out there, in terms of what I wanted, and it still wasn’t enough. I wasn’t able to ever truly relax into it and listen to my heart more than my head when it came to caring for women.

Now on the ‘otherside’, I am even more disappointed with what is on offer. I have moved to a totally new area, where most midwives haven’t even heard of caseloading. My antenatal care so far feels like it is looking for problems, rather than supporting me to have a healthy and happy pregnancy. I have seen 7 different midwives for 8 appointments, and haven’t had basic things like my blood results in my notes. Midwives seem to be using charts and policies much more, than their own common sense and knowledge, which just makes me think that the culture of litigation has maybe got worse since I left. When it comes to giving birth, I have no idea who will be with me, even though I have opted for a homebirth.

Even with 10 weeks to go, it feels like an uphill struggle to get a normal, physiological birth, even though I am ‘low risk’. I would like a dark room, with minimal interruption to just get on with it, but can’t quite see how I am going to do this when I can’t tell that to whoever is coming. I know I can write a birth plan, which I will, but it’s the knowledge that whoever arrives will be respectful of that too.

I would love to go back to midwifery and help women make proper choices about what is best for them, but don’t feel like the current system supports that in any way. I have the option of Independent Midwifery, but there seems to be so many hurdles to overcome with that way of working, and I don’t think I have much fight left in me for it. Maybe one day, I will be that little old village midwife, cycling to births of women who have made a fully informed choice.”

Want to help to be a part of the change? Want to get involved? Here’s how-

I really do believe that by sharing our stories and speaking up about the truth, we can really make an impact and change maternity services to work for both midwives and the families that we serve. We really can make birth better. 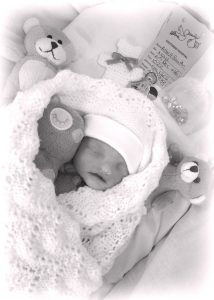 Why is baby loss such a taboo subject?

*trigger Warning-Story of stillbirth October is #babylossawarenessmonth and Chrissy Teigan told the World that her and her husband John Legends baby boy Jack had died. I am livid to read that this 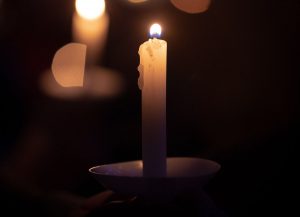 As the 18th year of Baby Loss Awareness Week comes to a close, let’s focus now on how families can remember their lost angels. No matter when you suffer a

It took us 7 years, 5 rounds of IVF and much much more…

GUEST BLOG BY HELEN **Trigger Warning** I always hoped I’d be robust enough to tell my story. I kept a diary of events since our conception journey began back in

By signing up to our newsletter, you are agreeing to receive promotional and marketing emails from us.
We are very EXCITED to announce that we have a NEW

Reposted from @the.better.birth.club ✨BuT WHaT i